Internalized homophobia… is not what I’m dealing with. But I think of that concept on a daily basis because it’s the same thing I have, only not about homosexuality. It’s about having “depression” and “anxiety”. Notice how I put those words in quotes? That’s because I have stigmatized myself. I don’t want those words to be taken seriously. I don’t want to be a Debbie Downer. I don’t want to be one of those people I intentionally scroll by on my Facebook feed who whine and complain. I like to read funny posts, and I like to be a producer of funny posts. That’s the image I wish to maintain.

But here I am again at 3 in the morning, unable to sleep because my dear friends “anxiety” and “depression” are keeping me awake. If I can just use those quotations to keep those negative words from sticking to me, that would be great. Cuz I’m a cool chick! I’m creative! I’m great with kids! I’m a damn good songwriter! I’m a bright spirit! “Anxiety” and “depression” don’t seem to fit here.

Kendall Patrick was once an ambitious and tenacious artist. (Here I go removing myself from myself again, this time using the technique of third person.) She wrote music, she recorded albums, she went on tour, she won awards. She was excited to be alive! She had dreams that couldn’t be squashed by any naysayer or statistic. She KNEW she would carve out a place for herself in the world.

I don’t know that person anymore. I don’t even remember what it’s like to care. And the scary part is, I can’t find the will to even want to. Years have gone by in which I have ignored to the best of my ability my slipping desire to try like I used to. I continued to show up to band practices, to work, to my relationship, trying to convince myself and the people around me not to give up because “it was just a phase”. “I can do it! The dream’s not dead! It’s going to be OK!”

Eventually, I couldn’t fight it anymore. It all came to a head on March 7th when I told my boss in the middle of another paralytic tearful panic that I didn’t want to live. It is now mid April and I’m still not terribly interested in this living business. I am on medical leave while I try to get my head back together, and I am earnestly trying. I was referred to a therapist on February 8th, and they can’t get me in until May. Awesome.

Until then, I am surviving on a loose schedule of self care activities.  I show up. I genuinely care about the people I spend time with. I bring my greatest optimism, and I pull off a pretty good show. I have had some good days, and even some good weeks. But I’m on the end of another 2 day anxiety bender and feeling defeated all over again.

Here’s what it’s like. First, waking up is extremely difficult, and 99% of the time I can’t get out of bed until mid afternoon. I started off my Medical Leave by attending support meetings at noon every day, but my sleeping issues have made that pretty much impossible now. In the day, I am saved by “things to do”. Meeting friends or family, going swimming, attending the support groups in the evenings, and errands. On a bad day, during the gaps between these “things to do”, I become paralyzed. My brain does this thing where it simultaneously shuts off and spins out. If I sit down, I’m done for. I probably won’t be able to get up again for a few hours. On more than one occasion I managed to call a friend and tell them I needed help because I was paralyzed with anxiety and couldn’t get off my bed. Without my friends coming to help, I wouldn’t have made it to the pharmacy to pick up my medication, let alone brushed my teeth. 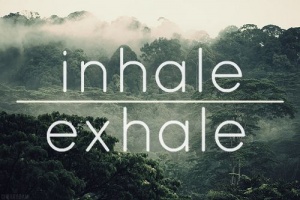 When the anxiety is at a “normal” level, I have a few tactics. I have a great meditation app on my phone which I listen to. I like to numb out on youtube and watch serial killer documentaries, or fall into a wormhole on Facebook or Instagram. When I’m at the swimming pool by myself, I try to identify 5 things about my surroundings that I didn’t notice before. Sometimes I pay attention to my senses to bring myself back into my body. A few really deep breaths can be very helpful.

When the anxiety is verging on extreme, or let’s face it, fully immersed, I let my mind wander into the ideas of drinking alcohol, using drugs, or committing suicide. I likely will never engage in any of these activities, as I am a person who actively abstains from substance abuse and have for the past 8 and a half years. I would NOT want to start all over at 1 day clean and sober. My sobriety is one of my greatest accomplishments, and currently the only thing I really have any healthy pride about. Secondly, I could not imagine putting my family and friends through the trauma of losing a loved one, especially to suicide.

During these episodes I try to talk about it. If there’s no one home to talk to, I call a friend, and hopefully make a plan to get out and do something. 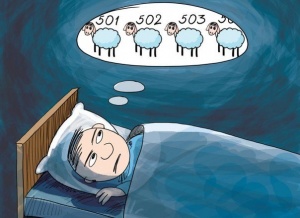 When it’s time for bed, I can’t sleep. I have been running a pretty routine schedule (undesirably) of insomniatic sprees that keep me up later and later every night. So far I haven’t exceeded 4am and let’s hope it doesn’t come to that. Oh…nevermind. It just came to that. 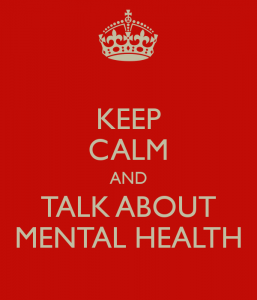 So here we are. Here I am. How did I get here? I have no idea. Certain shitty events can likely account for some of the discontent, but this is clearly a bigger issue. This is clearly a case of Mental Health. I feel like I am disappearing somedays. I miss the old me. I love it when I have good days. But I also feel scared that I will never be normal again. Often times at 3am when I’m on Facebook and unsuccessfully keeping my anxiety in the background, I want to reach out and post something about how I’m feeling. But I don’t want to be the Debbie Downer. I don’t want to be the whiner people scroll past. I don’t want to show how much I’m struggling. Even though I’m screaming inside. So I stay in the purgatory, eventually fall asleep, and try again the next day to feel different.

One thought on “The Truth About Debbie”