By the time Indie Week came around, I was feeling a little better, and things continued to improve as the months went on. Indie Week was a smashing success in my perspective (Check out the Indie Week Blog Series!) and I’m so grateful for the ability to have experienced it in a relatively happy state. 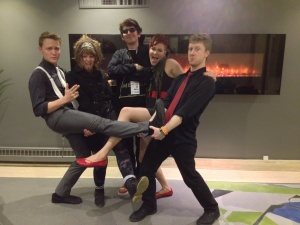 I battled the medication for a while, trying to get off of it a few times (terribly unsuccessfully) and have now really come to love it. I couple this method with therapy and have made leaps and bounds over the last year and a half with my mental and emotional health.

I’ve been able to finally gain some clarity about what happened, or at least what I suspect happened, as how can I ever really know for sure? 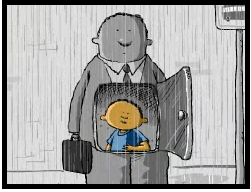 Somebody called them fat, somebody said they weren’t good enough to be on the team, somebody said they had an ugly face. You know, the little burns that somehow stick around in the subconscious long after the initial blow. It just happened to me in adulthood. It wasn’t the words that stuck with me, it was blow to the feelings. I never did think ego centric was one of my qualities, even after she said that. But I did start to believe the world was a scary place. That I was too sensitive for it. I started to believe that people can’t be trusted, and that everyone is out to hurt me. I didn’t know I was believing these things, because I covered up my feelings with intellectual cliches of “it’s not personal” and “it’s her shit not yours”. So all these demonic belief systems grew and multiplied in the dark.

Today, I’m turning all the lights on. Therapy, meditation, my support group, whatever I can get my hands on to stay honest and aware of my feelings.

The greatest lesson I learned from this is to HONOUR MY FEELINGS. I will not force myself to be a “big girl” too soon. It’s good to recognize that most things are not personal, that people project their inner sufferings out onto the world. That people need compassion and empathy. But all these things have to come second to my own self-care. That’s the only way that works for me to achieve healing and true empathy for myself and others. We need to take care of the little ones inside of us. They need hugs. They need their feelings validated. They need gentleness, and caring. Hold their emotions like delicate pearls and honour them until they feel safe again.

It’s funny that I decided to start posting this blog series in the last few days. Not only was yesterday the three year mark from when it all started, but I had another experience ON my birthday with someone’s words causing me great distress. After work I sobbed for a good hour after having spent the afternoon with a child who barraged me with comments about how fat, ugly and stupid I was. It went on for a good 20 minutes. I don’t even know if it would have affected me so much had it not been my birthday, had I not been on the first day of my period and the 8th of quitting smoking. Either way, and regardless of the fact that this child is only 7 years old, my feelings were hurt. But I know something today about hurt feelings that i didn’t know 3 years ago. When people ask you what’s wrong, you tell them, and their response is, “don’t take it personally”, “you’re stronger than that”, or “don’t cry about it”, DON’T LISTEN TO THEM!! Don’t ignore that kid inside that’s at a crisis point wondering whether to rise up or shut down. Trust me, if you don’t stop what you’re doing, kneel down and hug them and tell them how mean that was and how special they are, and how much you love them, they will shut down, because no one made it safe for them again. They will turn into the bully that bullied them, and they might even really hurt someone or themselves one day, just because they were lied to and told their feelings were silly.

Im a sensitive person. I’m not a sociopath. And for that I am so grateful. I’m not going to try to  pretend I’m not sensitive, either. Because I’ve travelled a great deal through the caverns of my heart to learn that acknowledging my sensitivity is the only path to healing. It’s the only way to keep my light on, for me, and for you. It’s my strength at work that I am able to be so compassionate, patient, and committed to even the most challenging behaviours in children. I know that like me, they only act out because something inside is not right and is hurting them. And I know not to reprimand them for that. I can forgive, child or adult, for being a douche bag. Because we all hurt, and we all need help from each other to feel safe enough not to need to be a douche bag anymore.