I really worked with my head to convince myself I could surpass any lasting emotional damage by using the age old spiritual suggestions of “pray for her”, etc. I can recall a moment after feeling such joy, I thought of her and borrowed my strength from that moment to call good wishes upon her, and I felt so great. But this and other moments like it proved to be fleeting.

What I didn’t know then, was that a little girl inside of me was very shaken up. 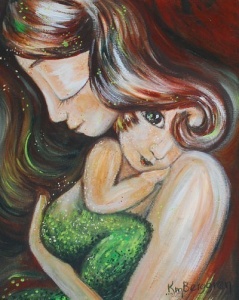 Perhaps if I had’ve given  the attention she needed and hadn’t of been so quick to try and be mature about it, I could’ve prevented her little heart from closing up.

But she was very scared, and as children learn to do, she developed coping mechanisms to keep herself safe. This is where I see a real split between the person I used to be and the person that emerged after this event. I suppose inner children can keep quiet for some time while everything is going well. Or at least when everything feels relatively safe. But once they realize that it’s not safe, that youthful joy and playfulness falls away. Staying protected becomes a full time job (emotionally).

The summertime brought some defining moments of clarity in how this new job had affected my life. I had very subtly become quite judgemental. Scandalous situations that touched my circle of friends had given me an excellent opportunity to thicken the wall I had built around me. I felt justified anger, bitterness, resentment, judgement, even hatred. Infidelity always brought out the higher emotions in me. The subject triggered deep fear that stemmed from all those deep rooted childhood traumas which shadowed me even well into adulthood. I was fired up. It felt so good to hate.

It felt so good to find people to project my hurt feelings onto. Yes, of course. This place is full of horrible people who do horrible things and I won’t be near them. I loved gossiping about the scandal with my friend who was most closely connected to it, and sharing in the judgy analysis of it all. “What terrible people they were,” we agreed. And I felt safe. Hating them.

My roommate’s parents were in town and hosting their annual BBQ for her and her close friends. Upon arrival, I  was introduced to a girl i’d never met before and was suddenly very aware of the emotional distance I kept myself at. I just assumed I should have my guard up; that there was a threat lurking behind every stranger, every friend. Later, I heard that one of the girls from the scandal, previously mentioned, was invited and on her way. I made it clear I couldn’t be around her and left with fire in my blood.

On the drive home, these things caused an eruption of prayer. Once in a while, I pray in my car. I talk to my higher power and spit out everything that i’m feeling. I went over the anger I felt and tried to explain it to God from every angle. For twenty minutes I went on, and came to the conclusion that I didn’t want to have any part in this world at all. I hated it. There was so much horror. 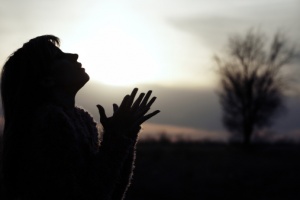 Every bad thing a person could do to another was a reason I hated this place. I wanted no part of it. I didnt want to be here anymore. I had such bitter resentment burning in my body, and I knew it was a fear about to become debilitating. I had no choice but to try one of those surrenders. Here, take the wheel. you have to drive. I’m exhausting myself. You have to show me what to do. What to say. Every move.

It was a short lived relief. The next moment I remember was at a music festival a few weeks later. My band had played that day. Everybody was dancing for the night bands. I was with two friends and my boyfriend. They were all ready to have a good time and dance the night away. I couldn’t move. I felt like a stone. Impenetrable. I couldn’t dance. Dancing was an expression of emotion, usually good. I didn’t want to show anything. They tried to get me to move my feet, sway my hips. I just felt so angry and mistrusting of everyone around me. All the strangers were out to get me. Were going to hurt me, steal my boyfriend, be cruel, something. I looked up at the sky, probably to escape for just a second, and suddenly I heard this voice speak to me, like a message from the stars who could see the whole thing, and it said,  “Kendall! Stop Being So Afraid of Everyone.”

I suppose it was because that voice didn’t come from a person that I actually listened. It came from some mysterious intuitive, all-knowing, caring being. I didn’t need my ego to protect me because nobody knew I heard this. Something secret set me free for just a moment. So I danced. Another short lived relief.

The anger progressed into a chronic anxiety and sadness. In every moment to myself at work I was in my head, completed absorbed in imaginary altercations I was having with co-workers. I was fighting with people all day long in my head. And as these thoughts would come, so would the emotions. I started crying every day. In the morning, at work, in my car, at night. The sadness set in like a family settling into their new home. It was there all the time. All day. Every day. The only escape I had was distraction, which I found very little of. The crying became concerning for Ciro.
It was hard for him to watch me in this state. I felt scared of everything. Driving my car. Brushing my teeth. Eating. Not eating. Working. Not working. The sadness and anxiety was so potent. It was all I could feel.
The final adventure before intervention: I was booked to go on tour with Ah, Venice. Ah, Venice was my side project. I was a back up singer/xylophone player for a 7 piece americana band that jumped up and down and had so much fun it was stupid. 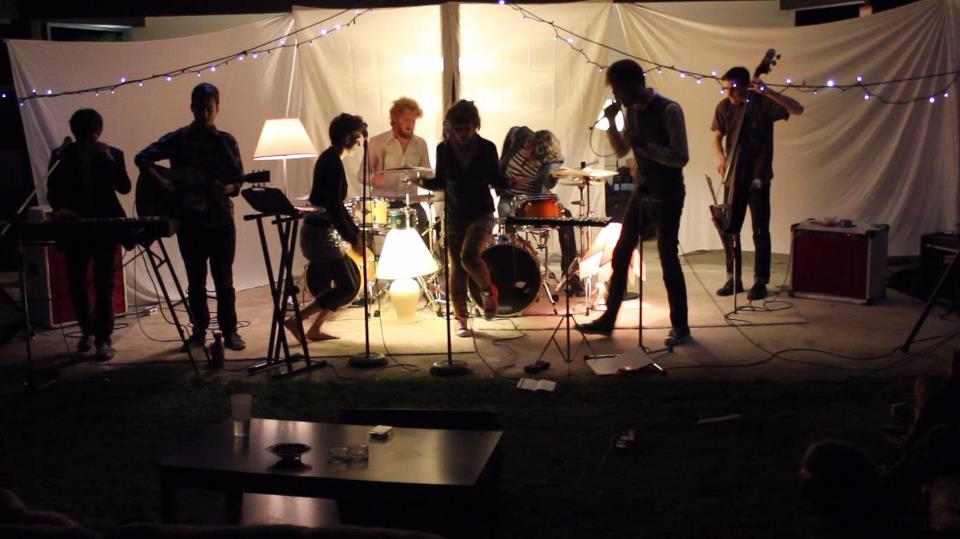 I was so in love with that band, but my new state of debilitation took all the joy out of it. Two nights before we were set to leave I laid in bed and had a panic attack. Ciro held me while I felt myself losing complete control, and desperately tried to come up with an escape from this place. I couldn’t breathe. I wouldn’t breathe. I just lay there, eyes wide, motionless, with tears streaming down my face.
Finally, I found relief in a secret plan to run away. The next morning, when Ciro would drop me off for work, I would pretend to go in, but then actually run to my friend Brittany’s house, and hide there until the tour was over. It was an insane, stupid plan, but at the time it was the only comforting thought that got me through the night.

When the morning came, I didn’t follow through. A day went by, then a night, and then tour departure was upon me. I remember I had a lot of fun performing, and it was the only time I felt at home. I didn’t feel anxious or sad, but as soon as the show was over, I fell back into that lost, sad place. I slept through a lot of the driving. On day two, we stopped at Cathedral Grove. Cathedral Grove is a mystic forest with the largest trees you’ve ever seen. They towered so high above me it was incomprehensible. 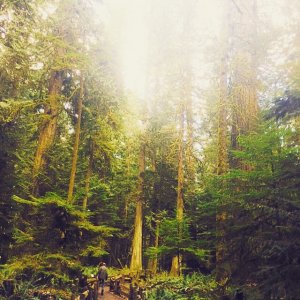 The green of the moss on the ground and on the bark of the trees was vibrant. Giant fallen trees made for challenging climbs just to reach the top of it’s width, and clear water streams flowed through creeks and crevices. It is a truly wondrous place, but I could not connect. My band mates were having fun, running around the forest and laughing. How profound to realize the depth of my disconnection. In the face of this amazing place, I was dead inside. I sat in front of a massive tree that I couldn’t even get my arms around and asked it, “Why can’t I feel anything?”

I went back into the camper and sat by the window. Tears streamed down my face, and I was just so sad to be so sad. So frustrated, to have no answers to this emptiness. 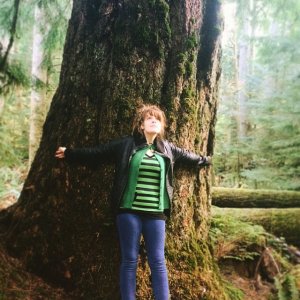 The rest of the tour got easier. I settled into life on the road and life with these 6 other amazing friends of mine. We adventured up hills, we played grounders in a midnight playground somewhere in BC, we busked on the streets. I hoped so hard for a shift due to this great vacation. As great as it all was, I came home to the same bouts of crying and anxiety. Finally my parents intervened.