“I need the road to show me how I feel when I’m all by myself.”
The Road by Kendall Patrick

At first I planned to go with my girlfriend at the time. We had ideas to vlog the adventure as we went, documenting candid lover spats and using the relatability of it to garner an audience following. We could advertise the adventure before hand in local media to build anticipation. My wheels were turning.

As they say, you can plan the plan but not the outcome. We broke up January 26th. The fire burning for this touring adventure did not get put out by the thought of going it alone. In fact, it made way more sense that I would do something so liberating without the presence of a dysfunctional relationship, and so I felt even more passionate and excited. With no one else to consider, I went ahead full force and free, making calls, paying fees, and filling out paperwork.

Once things got rolling, I called Alex. Remember Alex? The beautiful girl with a knack for vocal harmonizing who I had been playing with for the last two years? 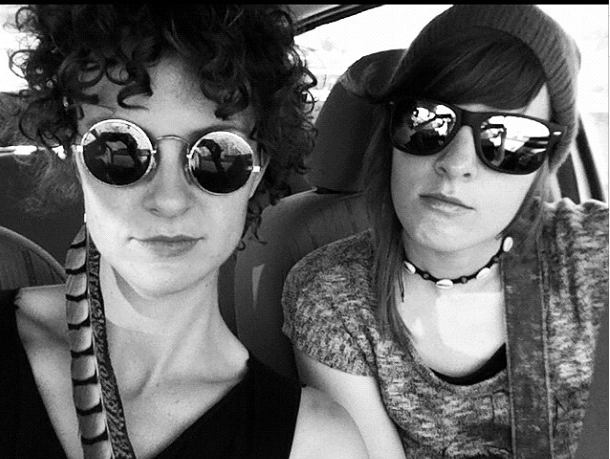 She moved back home to Ontario months and months ago. We used to talk about touring all the time. By the time the gigs were lined up and it was clear I was going with or without anyone, I thought it would be easy to convince her to come along. I was doing all the footwork: her only job would be to jump in the passenger seat and cruise along… and wouldn’t that make for way more fun? I was right. It didn’t take much to convince her. I emailed her the gig confirmations, told her about all the money I had saved up, and instructed her to get on a plane and meet me for a month of living our dream. And so we did.

If you think about it, this whole adventure stems from nothing but an idea. Not a single thing was in place when the idea turned to a decision. One of my audio books says something to the effect of ‘Ask yourself if you are ready. The answer should always be no.’ It sounds counterintuitive but in the case of living your dreams, sometimes it’s the decision that precedes the readiness. You could run into a stranger in a restaurant who unexpectedly hits you over the head with a rush of inspiration and courage, and end up walking out feeling like your inner world has just made a profound shift, while your outer reality looks much the same. BELIEVE IN YOUR DREAMS. They are the first step in the journey. Decide it’s time to go, and let the universe show you the road. I’ve always believed its better to fumble down the right path than to walk perfectly down the wrong one. All the fumbling makes for a good blog, anyway.

The Tour was documented in video blogs. All are available on Youtube here.