She arose out of her own shadow. Lying in bed for a 6-month winter of emotional recovery and arguments with fate, she suddenly became unhappy with how big her bum had gotten. 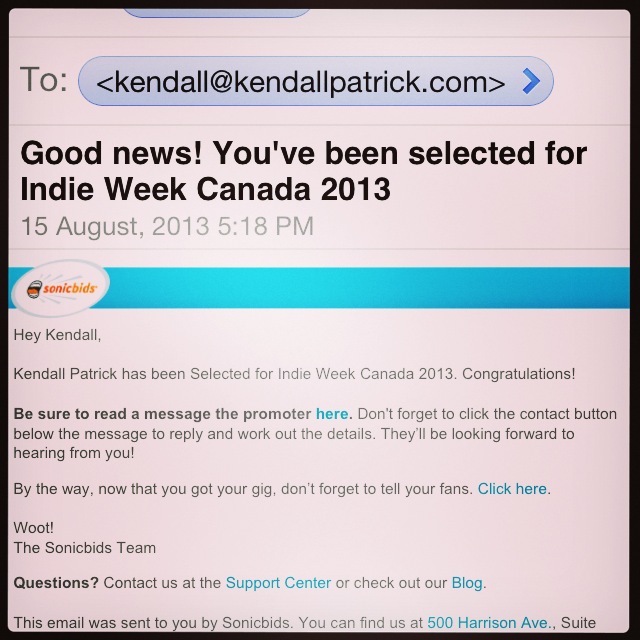 Despite what appeared to be an abandonment of God, the universe had, in fact, stepped in to help her. It happened in August and that was all she needed. The acceptance into Indie Week Canada set the stage for all the months to come. Too much help can easily be called enabling, however, and once she realized that help was not at all what she needed anymore, determination quickly jumped in the cold driver’s seat. BOOM Down the street she ran in her dusty purple runners. A revolutionary sprint of creative reawakening propelled her weak legs for a few triumphant blocks. She turned back home a half block early as her lungs began to feel painfully dry and strained. She didn’t’ expect to see a change in her bum from one short run, but she could sure feel the pumping of a brand new blood speeding through her body.

Yes, the help had already come. It was nearly April now. She was long overdue for some reckless good ideas to become erected. She fell asleep that night with an Ani Difranco lyric spinning in her head.

“Everything I do is judged 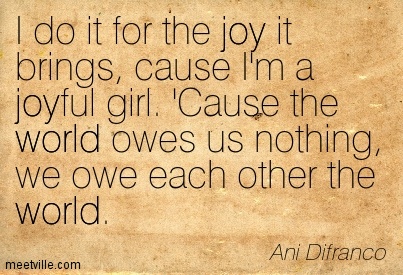 And they mostly get it wrong, but oh well
cuz the bathroom mirror has not budged
And the woman who lives there can tell
The truth from the stuff that they say
And she looks me in the eye
Says,“Would you prefer the easy way?
No?
Well OK then.
Don’t cry.”